I have a wardrobe, a chest of drawers, a stand-alone rail and a number of plastic bags filled to bursting with clothes. Clothes of varying quality, but most of them languishing quite near the bottom of the sartorial hierarchy. Just a few years ago this wouldn’t have struck me as anything even vaguely resembling a problem. What’s wrong with having loads of clothes? What’s wrong with everything being cheap, mass produced, and shoddily made? As long as it’s fun and didn’t cost the earth, I want it all and I want it right now. 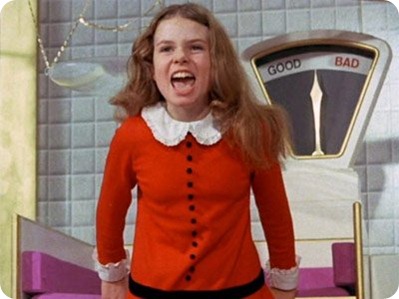 I’ve always been keen on second hand clothes shopping. Yet, it’s only ever been as a way of supplementing the clothes I bought from Primark, New Look, H&M and so on, or as just another way of procuring more clothes which I would never wear and would take up valuable space. There was no epiphany. I’m not sure when I stopped buying so many clothes, and I don’t know when I realised that I was buying less clothes. Now I have come to a point where I am making an effort to follow the little motto I keep reading everywhere:

(I have to admit that this phrase annoys me as much as it interests me. It seems similar to everyone going mad and writing ‘keep calm and carry on’ on everything without really understanding or agreeing with the sentiment. So that may hopefully be the last time I write that precise phrase.)

This is a concept that was genuinely alien to me up until maybe a year ago. Why would I buy one thing when I could buy lots of things? Why would I not buy a dress that was £1.50, regardless of how it fit or what the material was like? It’s still not something I can entirely grasp, as I am stingy at heart and would always rather buy the £19 jeans and worry about replacing them in a few months time than buy the £70 jeans in the hope that they will last a few years. Spending money – large amounts of money – on clothes is not something I am fond of doing, and I get a huge amount of pleasure from ‘nabbing a bargain’, to co-opt tacky magazine speak.

During a moment of madness the other day, I went through my wardrobe and stuffed a variety of things into plastic bags. Things that are too small, too big, unflattering, plain horrible. Things that I bought because they were ‘fun’ and have never worn, and things I wore for a month straight when I was 17 and have never touched since. Into a bag went all these things, and from there they went to the Sue Ryder Care charity shop. I went in with a bag of stuff that I didn’t want and didn’t wear, and then I ended up leaving with a cardigan. Just one cardigan, that appears to be well made, in a classic print, and a flattering versatile shape. I didn’t leave with a polka dot blouse that was a size too small, or a pair of jeans that were too short. Just one item, because I really liked it and knew I would wear it.

It’s a work in progress, of course, and I’m not likely to give up shopping or frivolous things any time soon. I guess my mission at the moment is to make my wardrobe one defined by quality (a subjective term here) rather than quantity.

2 thoughts on “Is Quality Better Than Quantity When It Comes To Clothes?” 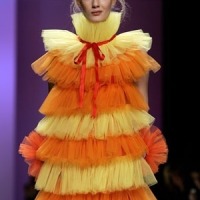